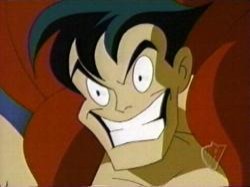 A 27-year-old Chaplin man was arrested and a missing 13-year-old Hebron girl was found in a Portland motel room late Monday night. State police say the pair allegedly began a relationship after she used the Web site Myspace.com.

Aaron Whitney was charged with second-degree sexual assault and risk of injury to a minor. He is being held on $750,000 bond and was to appear in Middletown Superior Court today.

State police responded to a complaint of a missing girl Monday afternoon. Troopers learned the girl never got on her school bus and did not go to school. After finding out about the alleged relationship, police identified the suspect and put out descriptions of the suspect, his car and the missing girl. A Portland police officer located the car at the Portland Motel just before midnight. Police say both Whitney and the girl were in the room.

Whitney was taken into custody and the girl was transported to Middlesex Hospital in Middletown, was treated and released to her parents.

What is up with Connecticut? It seems like they have more of these stories than any other state.

Anyway here is more than likely Aaron Whitney’s MySpace. The only thing that doesn’t match is his age. Plus it’s all stripped down. Maybe he was clearing it in case of an arrest.