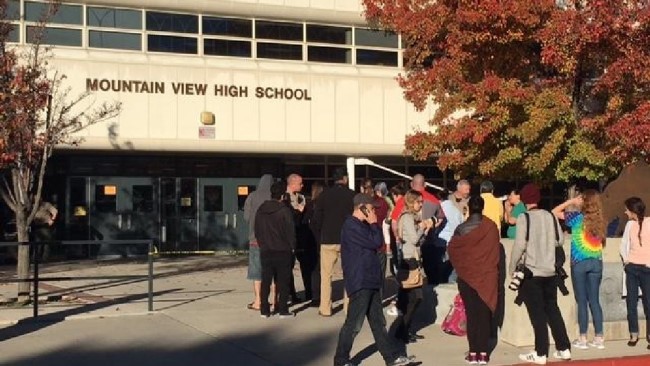 As was mentioned in my previous post, the knife-wielding suspect from the stabbings at Mountain View High School in Utah has been officially charged as an adult and is expected to plead guilty to the fifth and final charge of attempted murder. Since the suspect will now be processed in adult court the 16-year-old has been identified as Luke Dollahite. With the adult charge, he could be sentenced to 10 to life.

For those of you who may think that a life sentence for attempted murder is too much for a 16-year-old, not only did Dollahite show no remorse in his attack, but he was noticeably disappointed that he hadn’t succeeded in killing anyone. One of his victims also received such nerve damage in his arm that it is permanently paralyzed.

You want to cause all this mayhem and violence to other people because you can’t handle your own life? Then you have to pay the price.

UPDATE 4/15/2017: This past Thursday, Dollahite pleaded guilty to the adult charge of attempted murder. He is looking at a sentence of 10 to life once he’s released from juvenile detention. Sentencing is scheduled for late June.