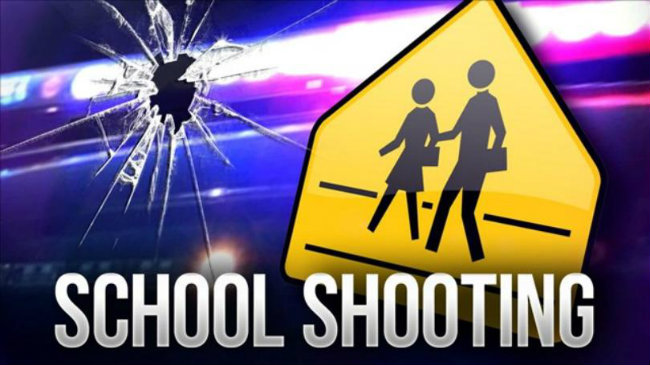 Earlier today, there was a school shooting at Marshall County High School in Benton, Kentucky. Two students were killed while an additional 12 students sustained gunshot wounds. Five more students were injured in the chaos that ensued from the shooting. The gunman is said to be a 15-year-old male student who stormed the school armed with a handgun. The deceased have been identified as 15-year-old Bailey Nicole Holt, who died at the scene, and 15-year-old Preston Ryan Cope, who died later at the hospital.

The shooter is currently in police custody and has not been identified as of yet and police say there are no other suspects. It has also not yet been made public where the gun was obtained. Police also have yet to discuss any possible motive, but if I had to hazard a guess I would lay odds that the kid is a filthy columbiner, that is kids who are more or less fanboys of the infamous Columbine shootings.

Also, we have the worst case of ‘it can’t happen here’ syndrome as Kentucky’s own Governor, Matt Bevin, said the following…

Bevin said earlier in a statement that “It is unbelievable that this would happen in a small, close-knit community like Marshall County.”

Bevin, of all people, should know that small rural areas is where school shootings tend to happen, especially considering Kentucky has had another infamous school shooting in the past. In 1997, Michael Carneal killed three students at Heath High School in Paducah. That predates Columbine by over a year. So as towns like Littleton, Red Lake, Paducah and Jonesboro show, it can really happen anywhere.

It also hasn’t escaped me that this shooting happened a day after the shooting at Italy High School in Texas which makes me wonder if yesterday’s shooting was any kind of catalyst toward today’s.

In what sadly is becoming a regular occurrence, I’ll post more details as they become available and as time allows.