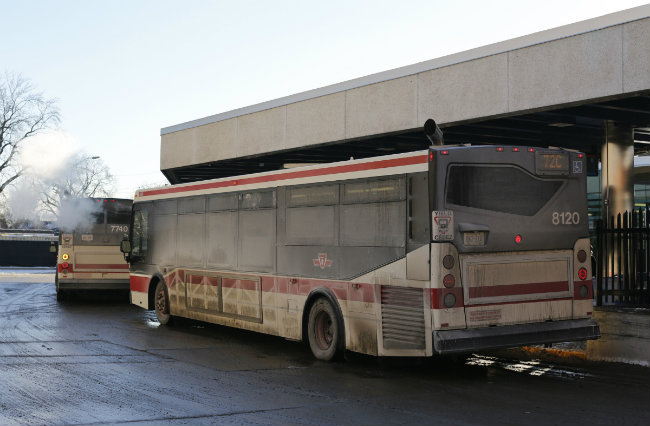 What is it with child predators and buses? Since the days of MySpace, I’ve been posting stories about how either the predator traveled to meet the victim by bus or tried to have their victim come to them by bus. It’s probably because a passenger doesn’t necessarily need an ID to travel across the country on a bus. According to the website of a certain bus line, you can buy a ticket for a passenger and all they need to give at the counter is a password that was established ahead of time and that’s it. It’s almost like pizza delivery for pedophiles.

For example, 28-year-old Carlos Francisco Lopez of Los Angeles was recently arrested for allegedly trying to lure a girl from Western New York State to his home. Police in Tonawanda, New York, were able to locate the girl and get her off the bus before it took off for L.A.

It wasn’t enough for Lopez to make the girl travel cross-country on a bus, but after police posed as the girl in a conversation with Lopez, he was reportedly going to send an Uber to pick her up from the bus station.

On Jan. 18, an undercover law enforcement officer posed as the victim to continue to communicate with the individual that police identified as Lopez. The officer wrote, “hey u there … this bus ride sucks.” The undercover officer stated she was due into California around 10 p.m. on Jan. 19 and asked what to do upon arrival.

Police said Lopez replied, “call me or text me. Wait at the station, and ill send an uber.” Lopez was arrested after the officer sent a message that the bus had arrived and he reportedly ordered an Uber.

Lopez is also a registered sex offender in California where he was convicted in 2011 for a sexual offense against a child under the age of 14. So if convicted, Lopez will be a sex offender in two states, however, he may not get to be on any new registry since he’s facing life in prison. Speaking of registries and prison, I’m glad to see his last conviction set him on the straight and narrow after obviously being rehabilitated. Seriously though, these scumbags should be kept in prison for much longer than they are. Once a creeper, always a creeper.