If you’re not familiar with Fortnite, it’s the most popular video game going right now. It started out as a really bad zombie survival game, then it ripped off a better game, PUBG, and became the sensation it is today. Fortnite is what’s called a battle royale game. Basically, 100 players are dropped into a map and the last surviving team or player wins. The main reason why Fortnite is eating PUBG’s lunch and why it’s so popular is that Fortnite is free to play.

Recently, a big deal was made about sexual predators being on Frotnite because, in New Jersey, a number of online predators were arrested in an online sting. It became a big deal when it was reported that some of the predators may have been grooming their victims through games like Minecraft and Fortnite. While it wasn’t reported how many of these predators were allegedly using Fortnite, since it’s the most popular game right now, Fortnite was very prevalent in most of the headlines talking about this sting. 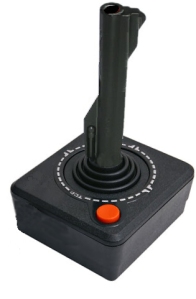 So, that takes us back to the headline’s question. Are your kids in danger from predators while playing Fortnite? Well, yes and no. Fortnite is as about as dangerous as any other online utility that your kids use. Do I think it’s a pedophile playground like messaging app Kik? I don’t think it’s even close, but since Fortnite is where all the kids are, odds are there will be a predator here and there.

As a parent, you should treat online games just like you would social media. Know who is on your kid’s friends list. Make sure they’re not chatting with someone they don’t know in the real world. Most importantly be honest with them that not every person they may talk to on the internet has their best interest in mind.