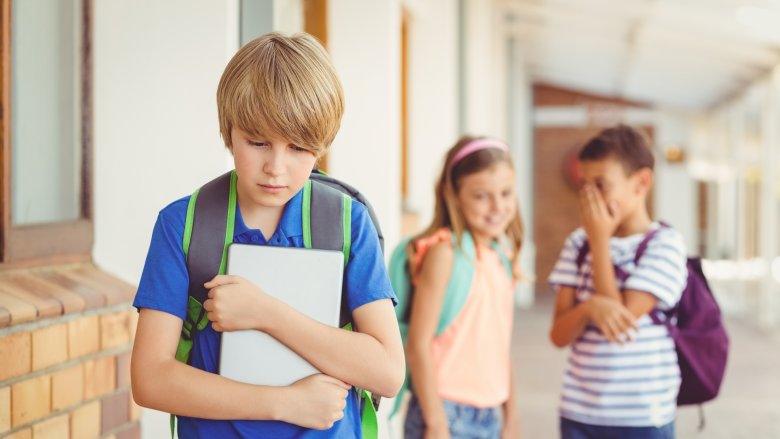 According to a recent poll conducted by the Associated Press, half of all Americans believe that school shootings are caused by bullying. These people are what I like to call misinformed, and also idiots. In case you’re sick of me talking about what I call the Columbine bullying myth too bad because I’m going to talk about it again.

The bullying myth started at Columbine when it was incorrectly reported that the shooting happened because the shooters were bullied. The reality was the complete opposite.  Don’t believe me? Here’s a recent article from Inside Edition debunking all the Columbine myths.

Originally it was thought that the violence was because of bullying the two men faced by their classmates, but investigators later determined that wasn’t the case. It was just one of the many myths surrounding the shooting that would later be debunked.

But yeah, let’s keep beating that dead horse. Not to mention that the Columbine cowards were bullied themselves with Eric Harris harassing someone he considered a friend and Dylan Klebold picked on a disabled kid but why let facts get in the way of misguided belief.

Another thing that annoyed me about the results of this poll is that parents apparently haven’t changed their entitled attitudes in 20 years.

And parents of school-age children are especially likely to blame shootings on schools themselves, compared with other adults, 49% to 36%.

Because it couldn’t be because of your spoiled and coddled hellspawn that vomited forth from your genitals.  No, it has to be because of the schools.

However, before you lose your last shred of faith in humanity there is a bright spot among the darkness.

Nearly half of Americans strongly blame shootings on the availability of guns, and a majority, 67%, want to see the nation’s gun laws made stricter.

To say that the ease of access to firearms isn’t a major contributing factor to school shootings is fooling themselves. Let’s just hope it doesn’t take another 20 years before something is done about it.

9 thoughts on “Half of Americans are idiots, believe bullying causes school shootings”