Speaking of the Right getting things wrong about school shootings, because we were, another right-wing pundit claims that they have the answer to preventing school shootings. A Townhall columnist claims that a study done by the Crime Prevention Research Center shows that schools that allow their staff to be armed have not had a school shooting. This sounds suspiciously like a study where they already had their conclusion and worked their way backward.

To add some reality into the mix we first have to look at the Crime Prevention Research Center. That sounds like a nice and neutral research center, doesn’t it? Actually, it’s a pro-gun group that’s headed by Dr. John R. Lott Jr. who’s been accused of allegedly taking money from the NRA and gun manufacturers to fund his ‘research’. So, it doesn’t appear that any of the Crime Prevention Research Center’s is what I would call unbiased.

Getting back to the Townhall article, the columnist states that this study is irrefutable proof that teachers should be armed. Cue Inigo Montoya. 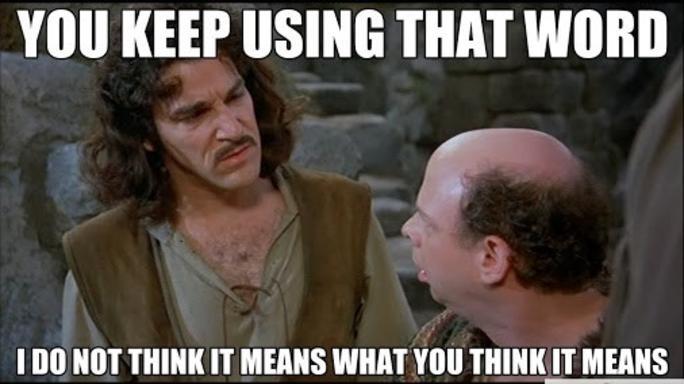 It’s easily refutable because it’s a prime example of correlation does not equal causation. While school shootings have been on the rise, the odds of one happening at any particular school are extremely high. Just because a school shooting hasn’t happened at one of these schools, which I have to imagine is in a very small minority,  doesn’t mean it can’t happen. There have been school shootings at schools with armed security and police officers. If school shooters aren’t dissuaded by gun carrying professionals they’re not going to be dissuaded by a bunch of hick teachers with minimal training if any.

Since I’ve already memed this post, this entire study and article can be summed up by that time on The Simpsons where Lisa tries to explain to Homer about logical fallacies. 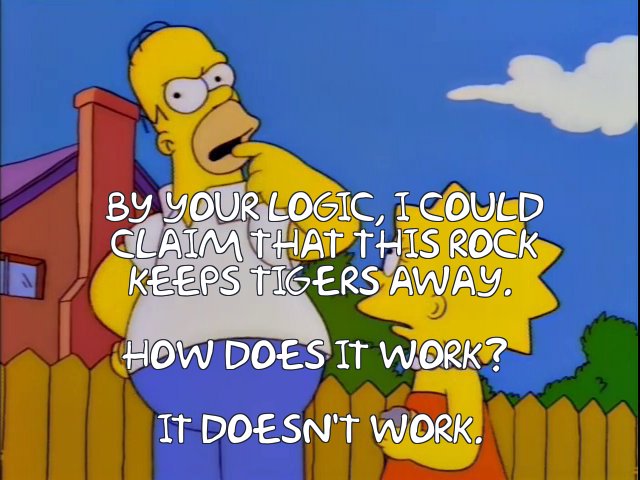