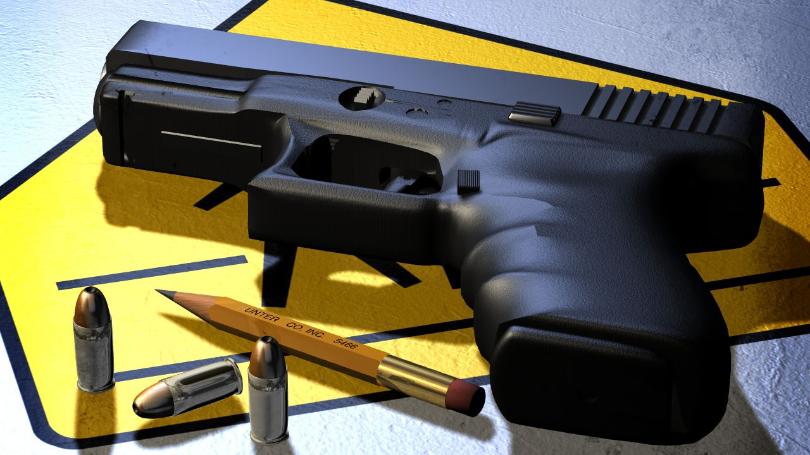 Late last week, a story made the rounds about a Florida third-grader who was being hailed as a hero since he reported another student for having a gun at school. 8-year-old Blake Johnson reported that another 8-year-old was showing off a loaded gun at Hudson Elementary School in Hudson, Florida. The school security guard reportedly found a loaded 9MM Sig Sauer handgun in the student’s backpack.

What hasn’t been reported yet is where an 8-year-old was able to get his hands on such a firearm. I can hazard a guess as there probably aren’t too many places an 8-year-old can get a gun from. I’ve read from several reports that the 8-year-old could be facing criminal charges but I have yet to see any mention of potential criminal charges for the gun’s owner.

If the gun’s owner does not face any kind of criminal repercussions it will just further my belief that guns have more rights than people in this country.