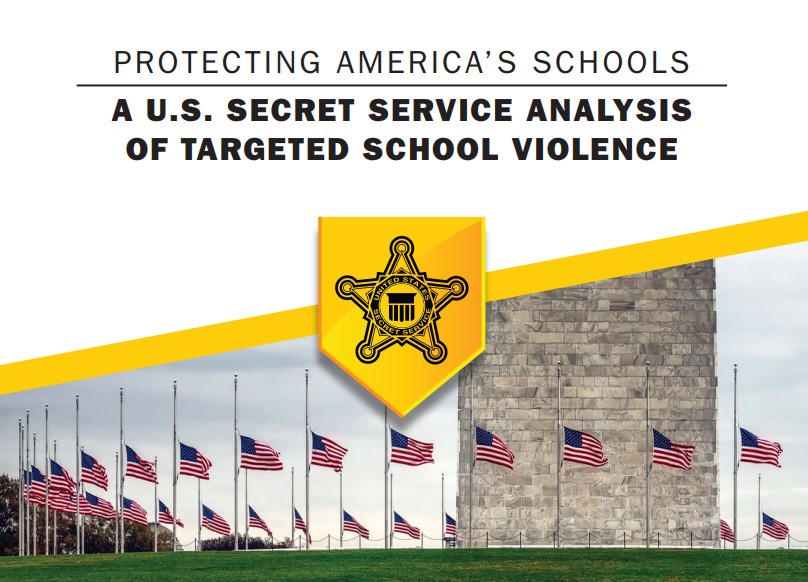 Last week, the U.S. Secret Service released an analysis of school shootings and attacks (PDF) that took place from 2008-2017. They limited the subject only to attacks that took place in grades K-12 that were committed by students. So this does not include shootings like Sandy Hook. Parkland falls out of their time frame also.

While no attacks were identified by name, I’ve been able to discern a number of them just by the details given. However, a number of the attacks were committed by knife-wielding assailants. I’m not familiar with many of them outside of a handful and two of them lie outside the study’s timeline, but I digress. The study looked at 41 incidents that left 19 dead.

Their conclusion was that there are a number of contributing factors to school attacks and that most of them could have been prevented. A number of media outlets ran with a headline that invoked the bullying trope. For example, the Las Vegas-Review and Journal ran with this headline.

And for once I’m not going to argue that bullying wasn’t a factor in some of these attacks. The Secret Service gave some very detailed examples of bullying that took place prior to the attacks. However, it’s irresponsible of any media outlet to try to grab readers’ attention with misleading headlines like this to try to fit a specific narrative.

The Secret Service also list other signs of school shootings, such as ease of access to guns, a preoccupation with violent subjects, drug use, mental illness, and an unhealthy fascination with weapons. But no, let’s propagate the inaccurate and misleading stereotype of the bullied school shooter. As you may know, this bullying trope started with Columbine when it was incorrectly reported that the Columbine shooters were bullied. In truth, the shooters were bullies themselves. However, it has caused a number of school shooters to identify with the Columbine shooters as they hold on to a story that is apocryphal. In my opinion, this myth has not helped bullied students in the least as schools tend to be more worried about the next shooter than a kid who’s getting bullied. And you know, mass murder is not a proper response to being bullied. Again, I also have to ask if some of these kids were allegedly bullied due to their antisocial behaviors like having a Columbine or Nazi fascination.

But let’s get back to some of the other causes the Secret Service listed. For example, the ease at which some of the attackers were able to obtain firearms:

If my memory serves me correctly, locked gun safes and cases were easily circumvented. I can think of one instance where the shooter had the combination to the safe given to him by his parents and another just smashed the glass on what can only really be referred to as a display case. When so many of these kids have mental health and anger issues, maybe it’s not the smartest idea to keep guns in the home.

Which brings me to my next point. Another factor in many of these attacks is bad home lives with abusive or neglectful parents. As someone who grew up in an abusive household, I know all too well the psychological trauma a situation like that can cause. Combine an abusive home where guns are easily accessed with kids in need of mental healthcare that many parents tend to ignore and you have the proverbial recipe for disaster.

Every parent, educator, and school administrator should sit down and read this report word for word as too many of them refuse to see the signs. Then after a tragedy like a school shooting happens they’ll say: “I didn’t think this could happen here.”

View this document on Scribd