I’ve posted about guys with diaper fetishes before.  These were guys who pretended to be disabled so they could get care workers to change their adult diapers. This post is about someone diaper fetish was even more disturbing than that since no adults were involved. 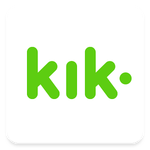 As you can probably imagine, Antrim’s diaper fetish really had little to do with consenting adults. An Assistant U.S. Attorney had this to say about Antrim…

“Antrim specifically has a fetish with diapers,” Assistant U.S. Attorney Sherri Stephan wrote. “This includes wearing diapers and diapers being depicted in his sexual abuse images. His collection is nothing short of horrifying, containing young babies and toddlers being sexually abused.”

Back in the heyday of MySpace, lawmakers were laser-focused on the predators that were on MySpace because MySpace was the be-all and end-all of social media at the time. Now that there are more social platforms than you can shake a stick at they’ve all seem to have forgotten about online predators. They didn’t just go away because MySpace fell out of favor. They’ve just found new dark corners of the internet to infest and Kik is the darkest of those corners.