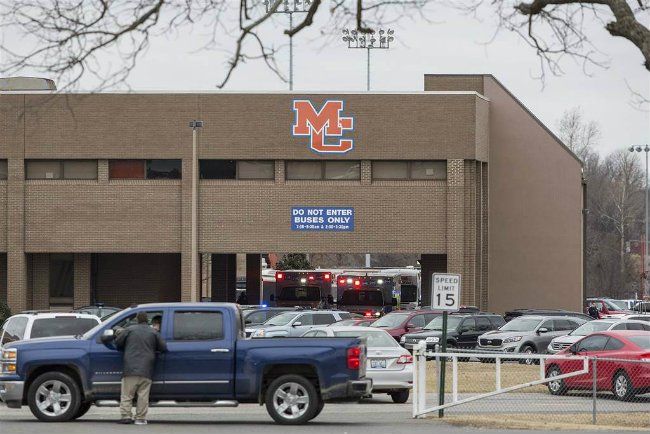 In January of 2018, a then 15-year-old Gabe Parker entered Marshall County High School in Benton, Kentucky armed with a handgun. He fired indiscriminately into the commons area. 15-year-old Bailey Nicole Holt died at the scene while 15-year-old Preston Ryan Cope died later at the hospital. 12 other students were injured by gunfire.

Former Kentucky Governor Matt Bevin, who I labeled an assclown, said that he couldn’t believe that a school shooting would happen in such a tight-knit community completely ignoring the Heath High School shooting in Paducah in 1997. Bevin even went as far as to blame school shootings on video games. Whatever the male version of a Karen is, Matt Bevin is it.

Speaking of Karens and video games, disbarred video game-blaming attorney Jack Thompson stuck his nose in the matter as well. According to Thompson, Parker played ‘violent video games’ and had them taken away by his grandmother.

When the story of Marshall County High first broke, a number of media outlets broke out the bullying trope but by his own admission Parker was not bullied. However, witnesses have said that Parker often talked about violence and said that he wanted to join the Mafia.

The only motive that I’ve seen given for the shooting was he supposedly wanted to see how students, police, and society would react to the shooting. That sounds more like someone who is detached from any feelings of empathy than a supposedly bullied gamer.

This week, the now 18-year-old Parker pleaded guilty to murder charges. He is expected to be sentenced to life with the possibility of parole after 20 years in June. Minors who are charged as adults can not receive the death penalty and in some jurisdictions cannot be sentenced to life without parole. In Kentucky, the maximum sentence Parker could have received was life with parole after 25 years. So in the confines of Kentucky law, I would say that this will be a reasonable sentence.

One thing that was mentioned in the New York Times article that I hadn’t heard until now was where Parker was able to obtain the firearm. According to The Times…

Parker told police investigators that he took the handgun used in the shooting from his stepfather’s bedroom closet, using a laundry basket to sneak it out of the room.

I could be wrong but I don’t recall hearing about any criminal charges filed against Parker’s stepfather. Then again, it is Kentucky.